The KFC wings at Char'd bear little resemblance to the American version you might be expecting. The chef at this Korean restaurant puts his own spin on the KFC wings—which stands for "Korean fried chicken." They're coated in a sweet and spicy garlic sauce, then served with pickled radish.

Since Char'd debuted a couple of months ago, the chef's fusion foods like the KFC wings have already attracted a crew of loyal customers. The small plates are only part of the culinary equation, however. The main event at Char'd is the grill and ssam section of the menu. It offers meats like beef and pork bulgogi, Char'd chicken and pork belly, and galbi beef short ribs. The meats come sizzling on a hot slab of lava stone so every bite is hot and tasty. 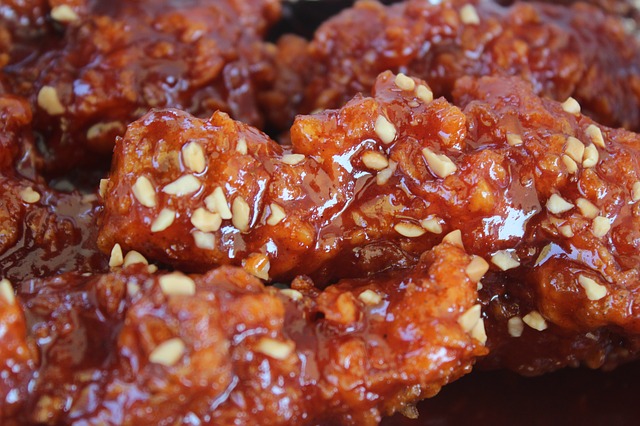